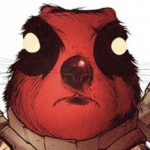 Salutations person!, thou hast come across da foxeh's profile, there isn't much to say about it though, but here's a list of the stuff da foxeh's made:

Quite simply, contact telekinesis. the semblance grants the user physical control of whatever they're touching, this can be inderectly to a certain degree, such as through clothes, but not something like poking things with a stick. the semblance affects any object the user's in contact with as well as other things connected to it, for example, if they're standing on the ground it affects both the ground and the trees growing on it, but not a table that's just on top of the ground. objects made of multiple parts count as 1 object for the semblance's effect. it also has a limited range in how far it affects things, which is a 50m radius from the user; that is, if any part of an object the user is in contact with is further away the semblance won't affect that part.

Retrieved from "https://rwbyfanon.fandom.com/wiki/User:Phazefox?oldid=463569"
Community content is available under CC-BY-SA unless otherwise noted.